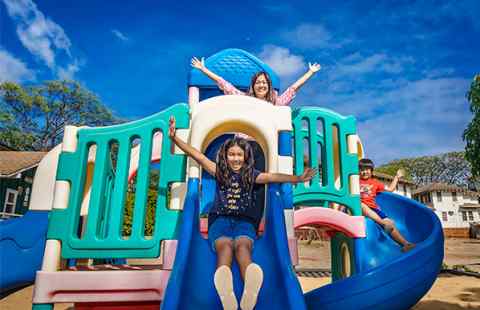 riends of Hawaii Charities, Inc., a 501(c)(3), was formed in 1998 as a result of the shared vision and collaboration of a group of business and community leaders to provide support for local not-for-profit programs that serve and benefit Hawaii’s women, children, youth, and impoverished.

This year tournament host Friends of Hawaii Charities awarded $1.2 million in charitable grants from proceeds raised at the 2022 Sony Open with support from its long-time charity partner The Harry and Jeanette Weinberg Foundation, which matches funds raised at tournament dollar-for-dollar; title sponsor Sony Group Corporation; host site Waialae Country Club; and supporter Hawaii Tourism Authority.  Among this year's 130 charity grant recipients are community-based, non-profit organizations which operate programs for Hawaii’s children, women, elderly and its impoverished.
The first full-field PGA TOUR event of the year, the Sony Open is the largest charity golf event in Hawaii and has nearly raised over $23 million dollars for over 350 local not-for-profits since 1999.  On November 8, 2021, Sony Group Corporation (Sony) announced that it has extended its sponsorship contract for the Sony Open in Hawaii with the PGA TOUR and Friends of Hawaii Charities, the tournament host, for another four years until 2026.  The tournament has been held at Waialae Country Club since its debut in 1965. In 1999, Friends of Hawaii Charities, Inc., became the host organization of the tournament with Sony as title sponsor.