Practice is now in session 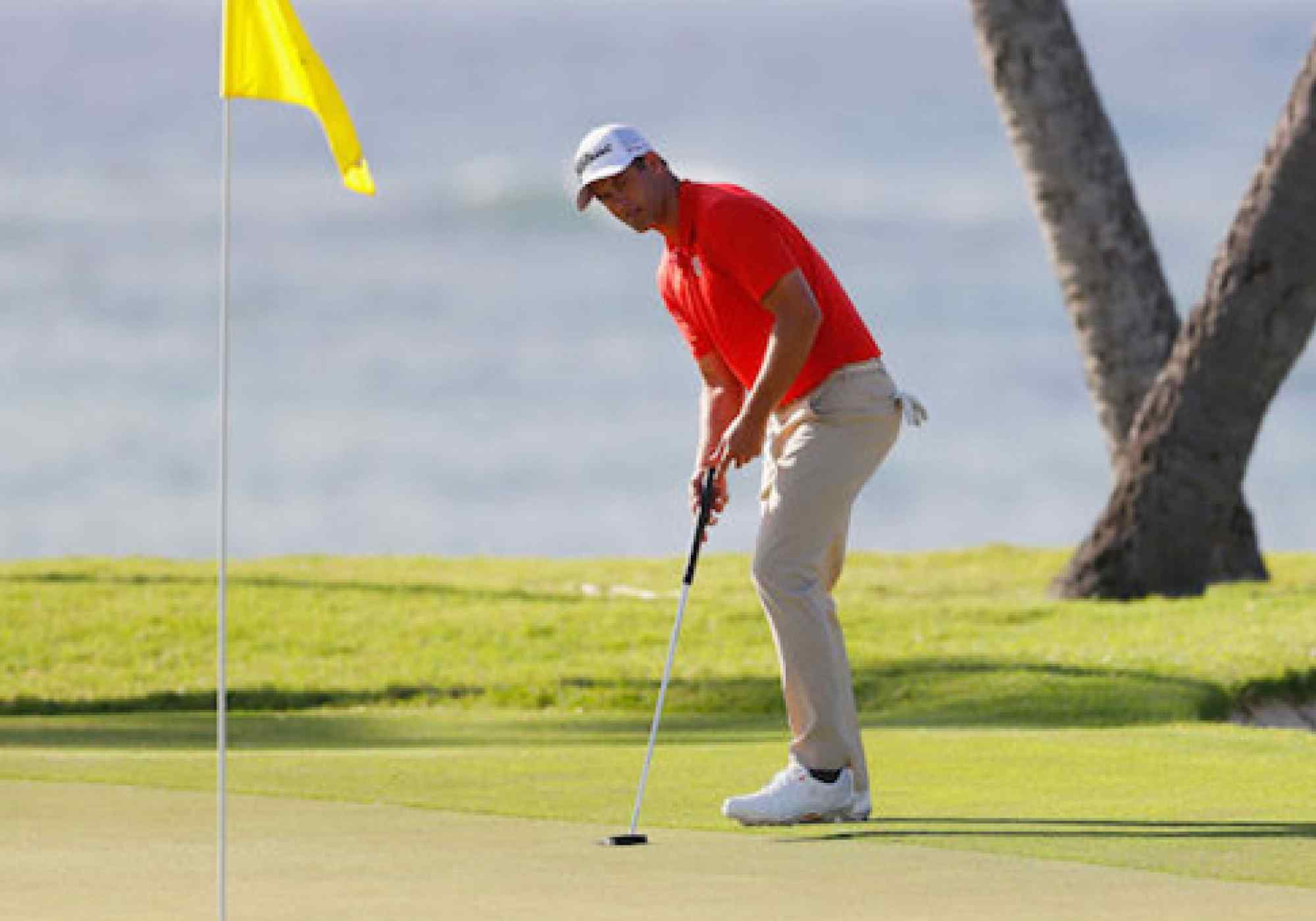 Adam Scott of Australia putts on the 16th green during the first round of the 2019 Sony Open In Hawaii. He joins the 2021 field competing for a share of the $6.6 million purse at Waialae next week.
(Photo by Kevin C. Cox/Getty Images)

Local junior golfers will be cheering on Evan Kawai, who in his senior year at Punahou participated in and won the 2018 Hawaii Tourism Pro-Junior Challenge with pro partner Kyle Thompson.  Now a University of San Diego golfer, Kawai will tee it up in the official PGA TOUR competition.  He earned a spot after winning the amateur qualifer last November.  Kawai told KHON2-TV, "I’m just going to go out there and tell myself to have fun. At the end of the day it’s a good experience and I’m sure I’ll learn a lot. Especially, from playing alongside the best in the world."  Pros such as Patrick Reed, Collin Morikawa, Hideki Matsuyama, Keegan Bradley, Adam Scott, Stewart Cink, Ryo Ishikawa, Harris English, Kevin Kisner and Marc Leishman are part of the 144-player field who will compete for a share of the $6.6 million purse.

The 2021 Sony Open in Hawaii is the PGA TOUR's first full-field event of the new year.  Tournament week starts on Monday, January 11 and this year’s event will be played without spectators.  Watch the tournament on Golf Channel's live broadcast, Thursday-Sunday, January 14-17.

The Sony Open in Hawaii scheduled January 9 – 15, 2023 will mark Sony’s 25th anniversary as title sponsor.  As a ticket purchaser, donor, volunteer or sponsor, you will support Friends of Hawaii Charities in raising funds for Hawaii’s charities.  For more information about Sony Open, go to https://www.sonyopeninhawaii.com.