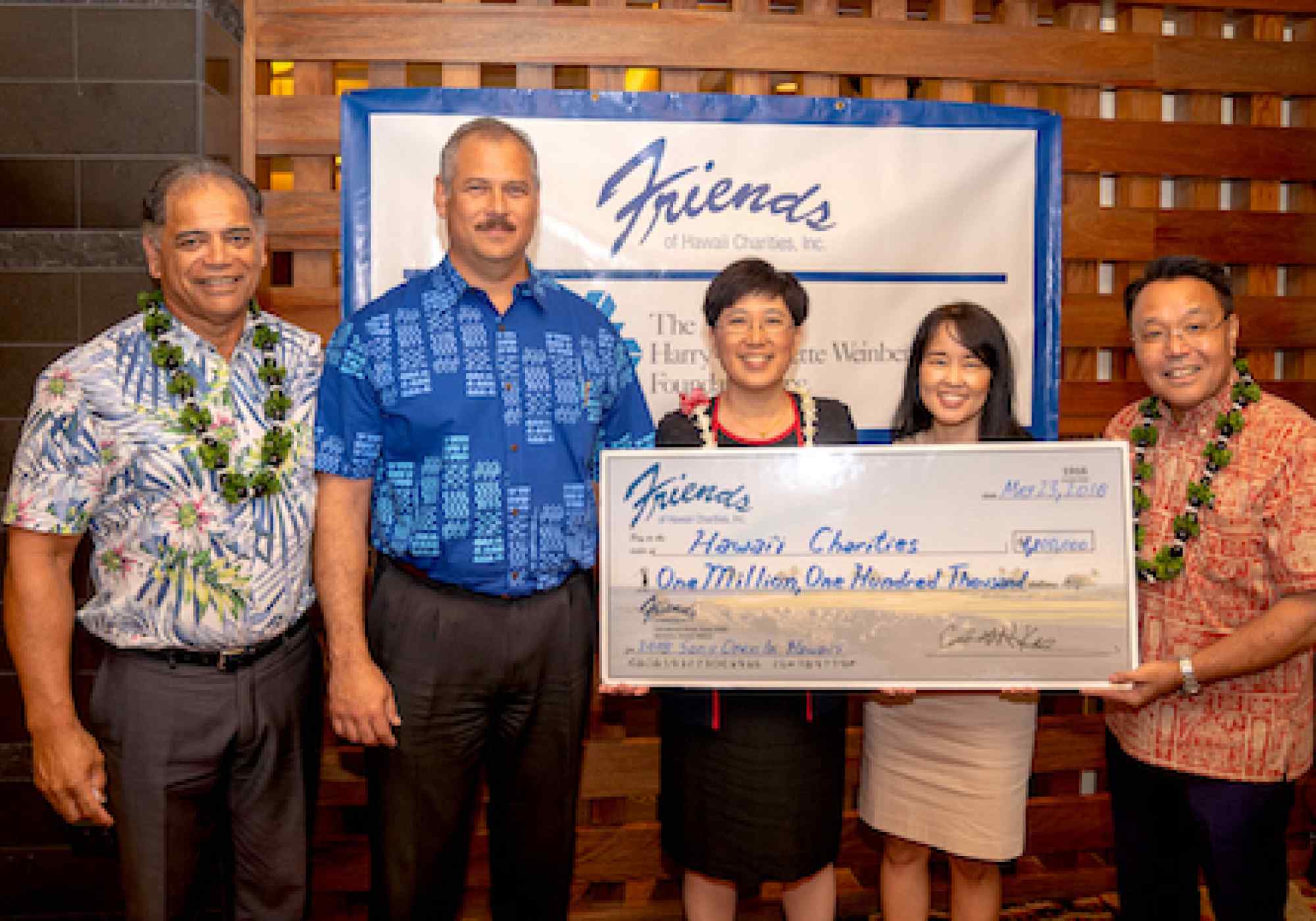 Patton Kizzire parred the sixth playoff hole to capture the title and became the first multiple winner of the 2017-2018 PGA TOUR season.  But local charities are once again the biggest winners of the Sony Open in Hawaii!  Tournament host Friends of Hawaii Charities distributed $1.1 million in charitable grants this month from proceeds raised at the 2018 Sony Open PGA TOUR event which swung through Waialae Country Club in early January.  The Sony Open “Drive To A $Million” charity initiative successfully reached its annual million-dollar goal for the 14h consecutive year, thanks primarily to the significant, long-time charity partnership of The Harry & Jeanette Weinberg Foundation, Inc., which matches funds raised at tournament dollar-for-dollar.  Among the 140 charity grant recipients are community-based, non-profit organizations which operate programs for Hawaii’s children, women, elderly and its impoverished (Download PDF list of 2018 grant recipients).

The 2018 Sony Open marked the 20th anniversary of title sponsorship by Sony Corporation. During the event, the PGA TOUR and Sony announced the extension of their partnership by another four years, through 2022, tying it for the third-longest tenured title sponsor on the TOUR.  The 2019 Sony Open in Hawaii, scheduled January 7-13, will mark the start of extension, along with a four-year commitment of an increased annual charity distribution goal of $1.2 million by Friends of Hawaii Charities with the support of Sony, The Harry & Jeanette Weinberg Foundation and Waialae Country Club.

“The generous sponsorship commitment of Sony Corporation and of charity partner The Harry & Jeanette Weinberg Foundation, Inc., together with the support of Waialae Country Club, our valuable sponsors and hard-working volunteers, is the recipe that makes Hawaii charities the biggest winners each year at the Sony Open,” said Corbett Kalama, President, Friends of Hawaii Charities. “Working together, we are committed to increasing annual charitable giving to support Hawaii’s keiki, women, kupuna, and impoverished.”

The tournament has been held at Waialae Country Club since its debut in 1965. In 1999, Friends of Hawaii Charities, Inc., became the host organization of the tournament with Sony as title sponsor. The following year, The Harry and Jeanette Weinberg Foundation, Inc., became the Sony Open’s charity partner. Since 1999, approximately $18 million has been distributed to 350 Hawaii not-for- profit organizations. More than $1 million has been raised annually since 2005.

Friends of Hawaii Charities awards grants annually to qualified not-for-profit organizations, funding programs that benefit Hawaii’s children, youth, women and impoverished. A total of $1.2 million in charitable grants was distributed this year from proceeds raised at the 2019 Sony Open PGA TOUR event. The 2020 Grant Application is available now and applications are accepted through January 31, 2020, 4:30 pm HST.