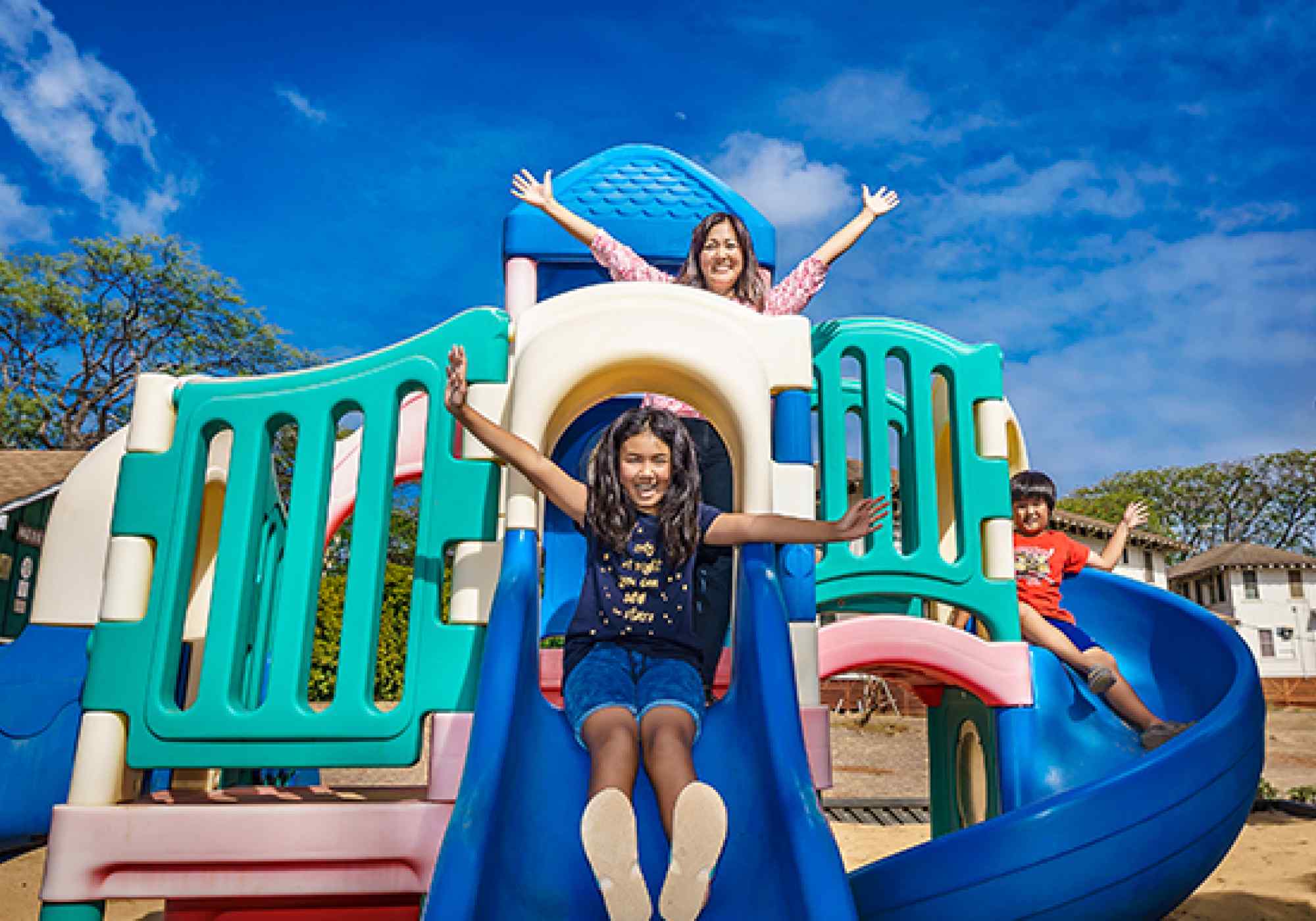 Perhaps the unusual wild winds and steady rain that pummeled Oahu during the 2020 Sony Open in Hawaii in January were harbingers of troubled times ahead. Within mere weeks island communities were paralyzed by measures taken for the coronavirus pandemic. “God puts rainbows in the clouds so that each of us, in the dreariest and most dreaded moments, can see a possibility of hope,” writes author Maya Angelou.
On Thursday, May 28th, over 110 local non-profits, ministering to Hawaii communities most severely impacted by the global pandemic and economic shutdown, received urgently needed financial reinforcement and hope.  Tournament host Friends of Hawaii Charities distributed $1.2 million in charitable grants from proceeds raised through the 2020 Sony Open with support from long-time charity partner, The Harry and Jeanette Weinberg Foundation, which matches funds raised at tournament dollar-for-dollar; and from title sponsor Sony Corporation, host site Waialae Country Club, and state sponsor Hawaii Tourism Authority.
Friends of Hawaii Charities strategically directed funds towards local non-profits which provide food, shelter, safety, and healthcare for the needy, elderly, and disabled who have been deeply affected by the COVID-19 pandemic.  Among the beneficiaries working on frontline issues for kama′aina, is Keiki to Kupuna Foundation Meals on Wheels Program. They will apply their grant towards the purchase of food for nutritious meals which they prepare and deliver to isolated and homebound seniors in Pearl City, Waipahu, Ewa Beach, Kapolei, and Waianae.
“We usually prepare 1,000 meals to deliver to over 120 seniors in West Oahu, but during this global pandemic, our team has been working nonstop to accommodate the overwhelming influx of new requests coming in from the community,” said Brian  Wada, founder / president of the Board of Directors, Keiki to Kupuna Foundation Meals on Wheels Program. “Since the pandemic, we increased our meal capacity to 3,020 meals serving 556 seniors; this is more than a 275% increase in what we produced before COVID-19.”
Aloha Harvest, the largest food rescue organization in Hawaii, also received a grant from Friends of Hawaii Charities.  Aloha Harvest rescues approximately 1.8 million pounds of quality excess food annually, diverting it from the waste stream by redistributing it free of charge, throughout the community to nourish the poor, hungry and homeless.
“With this donation from Friends of Hawaii Charities, we are ready to respond and feed the need of the community. Within the first 8 weeks of our COVID-19 response (March and April), our team and our partners rescued over 582,000 pounds of excess quality food from going to waste, nearly double our normal production in the same period last year,” said Phil Acosta, executive director of Aloha Harvest, “In collaboration with over 300 donors and social service agencies, we are able to turn this potential waste of precious food resources into approximately 484,000 meals. We are working to scale our efforts even further as the economic impact of this pandemic will be felt by many of Hawaii’s families for quite some time.”
“It is an honor and a blessing to be able to contribute to our non-profit partners who serve and sustain the most vulnerable in our local community, especially during this unprecedented crisis,” said Corbett Kalama, president of Friends of Hawaii Charities. “But it is primarily thanks to the tremendous support and commitment from our generous sponsors, volunteers and fans of the Sony Open in Hawaii and our charity partner The Harry and Jeanette Weinberg Foundation and title sponsor Sony Corporation that provides us this opportunity every year and we are truly grateful.”
As the first full-field PGA TOUR event of the year, the Sony Open is the largest charity golf event in Hawaii.  The annual event has generated over $20 million dollars for over 350 local not-for-profits since 1999. In 2018, the PGA TOUR and Sony announced the extension of their partnership through 2022, securing the stature of being the third-longest tenured title sponsor on the TOUR. A PGA TOUR tournament has been held at Waialae Country Club since 1965. In 1999, Friends of Hawaii Charities, Inc., became the host organization of the tournament with Sony as title sponsor.

Friends of Hawaii Charities awards grants annually to qualified not-for-profit organizations, funding programs that benefit Hawaii’s children, youth, women and impoverished.  The 2022 grants deadline was January 26, 2022 and we are no longer accepting applications for this year's grant distribution.